People continue to mix and conflate the making of a thing called a book–often beautiful, many times endowed with a spiritual aura–with other, entirely separate things called reading and writing.

Thank you Jane Friedman, for bringing all this up as it relates to McSweeney’s rather pollyanna posts on the state of book publishing. The latter touts the state of book publishing (by number of books printed/published, at least) as being at an all-time high, as is library use and book sales, with the bumper-culminating point that literacy, global literacy, is at an all-time high.  The McSweeney’s posts wouldn’t have passed muster in a freshman composition class for argumentation–physical book buying is not the only way we read, and libraries are used for several other things now besides checking out books. Let me explain.

It never ceases to amaze me how ebooks, the one truly positive sales story in publishing, is also the one topic that is brought up to point out that The Sky is Falling in publishing. The economic models that make an ebook and produce a book are largely the same–people read, edit, then publish. After that, it gets really cheap and efficient for the ebook, and really dumb and slow for the physical book.  But books, physical ones, continue to serve as the measuring stick.  This has a lot to do with aesthetics and fetishizing what a book’s job is, of course, which is to provide text for a person to read. It’s an important time and takes a significant chunk of one’s time, reading. Never mind that much of what we do reading-wise and practically all of our writing occurs on-screen.  The book as object for many remains sacrosanct.

All this is easy for McSweeney’s to bring up, and it’s very much in their self-interest.  That’s because they make beautiful books. Issues of the McSweeney’s literary magazine wouldn’t be out of place at an art school or museum in a show that challenges what a book-as-object is.  You can’t digitize that, nor would you want to. What McSweeney’s does, however, is both an anomaly and an infinitesimal part of both the publishing industry and the reading experience.

Don’t get me wrong here.  I love-love-love McSweeney’s books and the journal.  But I’ll tell you a story. A little while back, McSweeney’s made one of their issues a newspaper. Why? Why not? Previous issues included a comb, fer chrissakes.  I brought this up with a blogging guru and former newspaper person.

Did I buy the issue? he asked.

Sure did, I told him.

But did you read it? he asked.

I had to pause. I leafed through it admiringly, I remembered. The roster of writers was tremendous. The object itself–full-color, typography, a magazine–breathtaking.

I couldn’t remember if I read it. I don’t think I did.

My point isn’t to say what McSweeney’s does is crap or precious or twee.  I’ll leave that for other people to talk about.  My point is that the idea of what makes up reading is changing. Books are going to be read with increasingly more convenient digital devices, and much of the nature of libraries and bookstores are going to change and even go away.

That’s not a bad thing, and it should not be breaking news for people who are following things with a clear eye. The fear of what the future brings takes over most people who think about books and reading and writing in a way I can’t understand or explain, other than to say it has something to do with nostalgia and not a small dash of privileging one’s experience over what will soon be another’s. As well as keeping one’s job.

Tell you another story. My basement man-cave is filled with objects. I collect. My wife would say I hoard. I have vinyl records, 45s, 8-tracks. And books and chapbooks fill the wall. I love spending time there.

Let’s keep going with this music example. I also have terrabyte drives full of music and digital music players that I use to listen to music, along with satellite radio and Pandora, all of which I use far more often to listen to music. Do I fear for the future of music, so much so I am going to tout the sales of vinyl or CDs to say people are still listening to music or making music? Nope. That ship has sailed, the model has changed. We’re still trying to figure out how musicians themselves will make a living, sure. Touring will have a lot to do with it. A subscription model that gives one access to all the music in the world is the ideal.

Tell you still another story. When I was at AWP last weekend, I saw not one, not two, not three, but four people reading from Kindles while manning publisher tables. I myself read a couple chapters on Kindle for PC of Patton Oswalt’s new memoir. So here we are at a bookfair that celebrates writing, the typefaced word, and reading, and people who are pimping the printed objects are reading for pleasure from screens. Kindles!

Is this the end times? No. The McSweeney’s posts would have been more accurate if they said, literacy is up because in part people are reading and writing more online and participating in a writing and reading culture in places like Facebook and Twitter and blogs, and young people are discovering reading and the joy of physical books because of comics and Harry Potter, and writers have a wealth of new possibilities for getting their work out and actually read by people because of the internet and the recent acceptance and sales of ebooks.

But that would have been far less sexy.

To sell physical books, we feel we have to resort to what I call novelty but what others call “different price points.” The plain old book without any aesthetic worth won’t fly anymore. The book has to be beautiful, collectible, a keepsake. That’s fine. I buy the vinyl version of records whenever I can. I’ll buy beautiful books. Keep in mind that more and more, those records bands sell come with a download key to get mp3 versions as well.

Do publishers do this?  They should.  They will. Because reading is an experience, not an interaction between a person and a thing, no matter how much more authentic or un-reproducable we may think reading a physical book is. Because the aura of an ebook, as Walter Benjamin might have called it, is just as valid as the printed one.

Let’s talk about libraries and then I’ll shut up. I was talking with Cristin O’Keefe Aptowicz about this on the drive home Sunday. She kicks it old school. She was talking about how Shappy, her partner, takes out tens of books at a time and how the Philadelphia Public Library is awesome, and that people are using libraries for that purpose and that’s why they’re so popular.

I can’t disagree that libraries are great because they have books that you can check out, but more and more that’s not going to be the primary function of a library, I told her. Libraries have books, sure, but more and more the circulation of books is not where the growth is–it’s providing a space where people can get together and study and access resources. They will talk about books, but the library of the future is not exclusively a book repository, not by a long shot.

In colleges, we’re talking about libraries as “learning commons,” where people get together for this new thing called “social learning.” The playgroup/playdate generation has arrived in the colleges, and they want to read their articles from academic databases and ebooks and PDFs next to each other. They regard reading and studying as a social experience.  Often hours will go by before a physical page has been turned, because these experiences happen on screens.

Who are the people at McSweeney’s to not point to these moments, happening right now across the world, as the reason literacy rates have gone up?

I’ll talk about bookstores at some point, but right now I have to mark papers. I use Word comments and send them back to my students as PDF files. 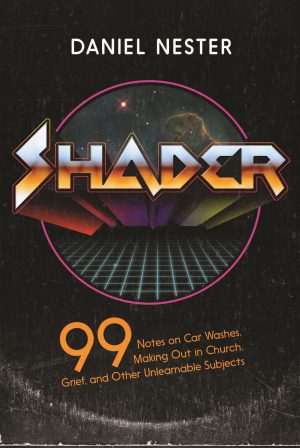 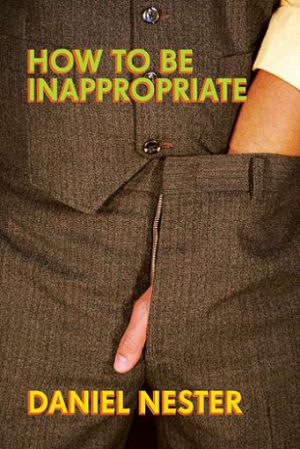